Introduced today with a video preview at Zagato's headquarters in Milan, the Persico Zagato 100.2 will be built at the Persico Marine shipyard in Nembro, Bergamo. Just under 8 metres long, the boat will have a main beam of 2.45 metres and thus can also be loaded on a trailer. The PZ 100.2 will be made using the most advanced composite materials and will have a total displacement of only 2,500 kg, including the lithium batteries powering the special DeepSpeed electric propulsion system developed by Sealence. The boat characteristics – the range, the maximum speed of over 80 km/h and cruising speed of almost 50 km/h – are expected to be at the top of this emerging category of 100% electric powerboats/runabouts for day cruising and commuting in all types of inshore and coastal waters, particularly on lakes, many of which already ban the use of endothermic engines.

True to the DNA of Zagato, world-famous for its collectors' supercars and hypercars, the Persico Zagato 100.2 “Limited Launch Edition” will be available for very few boating enthusiasts: just nine units will be produced and each owner will be able to personalize his or hers in a unique and exclusive way. The colours and finishes chosen by each individual at the time of the order will be unique and will not be reproduced for the other customers.

Zagato and Persico have decided to go the way of essentiality in technology, design and performance – far removed from ostentation and the constant quest for visibility. In developing this “little big” open boat, Zagato and Persico aimed at transferring their know-how to motorboating: the indisputable skills of a designer/stylist, on the one hand, and those of a yachtbuilder with unique technology appreciated worldwide, on the other.

NATIONAL EXCELLENCE AND A GREAT HISTORY

“With Persico Zagato 100.2, we want to show what the future may hold following in the path of the great traditions of the past,” Marcello Persico, CEO of Persico Marine, said. “This boat takes up the tradition of the 'canot automobile' of the early 20th century and brings it into the future, thanks to the expertise of all the parties involved, whom I thank most sincerely and who are – I like to stress this aspect – all Italian. At Persico Marine, we have proved that we know how to build limited-series sailboats, and, now, this is our debut in the motorized ‘few-off’ category with our own brand.”

Therefore, the Persico Zagato 100.2 is the result of a collaboration involving not only players of national excellence recognized around the world, but also companies with a great history behind them. Indeed, the 100.2 acronym originated at Zagato and marked the beginning of the second century in business of the Milan Atelier, originally founded to “dress cars and planes with customized bodywork”. The PZ 100.2 project is a partnership engaging all the competencies of the companies, which play leading roles in a project that is not a brand-extension operation.

“The project started from a shared concept: the idea that the boat should be a collector’s piece,” Andrea Zagato, CEO of ZED Milano, explained. “The newest most innovative technologies presently available will make the boat sustainable and destined to leave its distinctive mark, as was the case with the most valuable car models designed for uncommon customers, the ones always looking for excellence and innovation in any field.”

Zagato developed the design of the PZ 100.2 in collaboration with Micheletti + Partners. The design delivers a modern and essential look, with no frills. Lucio Micheletti had this to say: “Conceptualizing, designing and building an electric boat powered by an aviation-type turbine engine means bringing to life all the fantasies of future pilots, who will be free to play with the power in silence, listening only to the wind and water.”

The motor chosen for the PZ 100.2 is the revolutionary 205 kW DeepSpeed, developed and supplied by Sealence, an Italian start-up founded by entrepreneur William Gobbo. It is an electric jet-pod marine engine derived from the reaction engines for aviation applications. “DeepSpeed’s strength,” Gobbo explained, “lies in its greater efficiency compared to the traditional propellor or hydrojet systems, which, as is well known, become increasing less efficient as the speed increases. On the contrary, thanks to the use of electric jet propulsion to generate the thrust, as the boat’s speed increases, the DeepSpeed jets become more and more efficient. Traditional waterjets work by drawing water through an inlet in the hull and moving it towards the stern. The DeepSpeed, on the other hand, is configured with outboard jets with a dynamic inlet, exactly like those found under the wings of aeroplanes, and this choice proves to be a winning one, since water enters naturally, as it does in aircraft engines, avoiding energy loss. Finally, a thrust reverser is not needed during manoeuvres because the turbines can rotate in either direction, allowing for great manoeuvrability in all conditions.”

Davide Leone, head of waterline development for the Leading Edge project team, added: “The body of the Persico Zagato 100.2 has the typical shape of a classic planning hull. However, the waterline has been optimized so that the centre of gravity of the volume is in a position to ensure perfect efficiency for not only maximum range mode, but also full glide mode to reach maximum speed. This is the key trade-off of an electric boat: to maximize efficiency for both range and speed. As a matter of fact, the PZ’s speed of more than 40 knots is very noteworthy. And this was the crucial challenge at the basis of the naval architecture of this project. The Persico Zagato 100.2 is a native electric boat – conceived as an electric boat from the start – and this makes it special and better than all the so-called ‘electric’ boats derived from traditional endothermic models.” 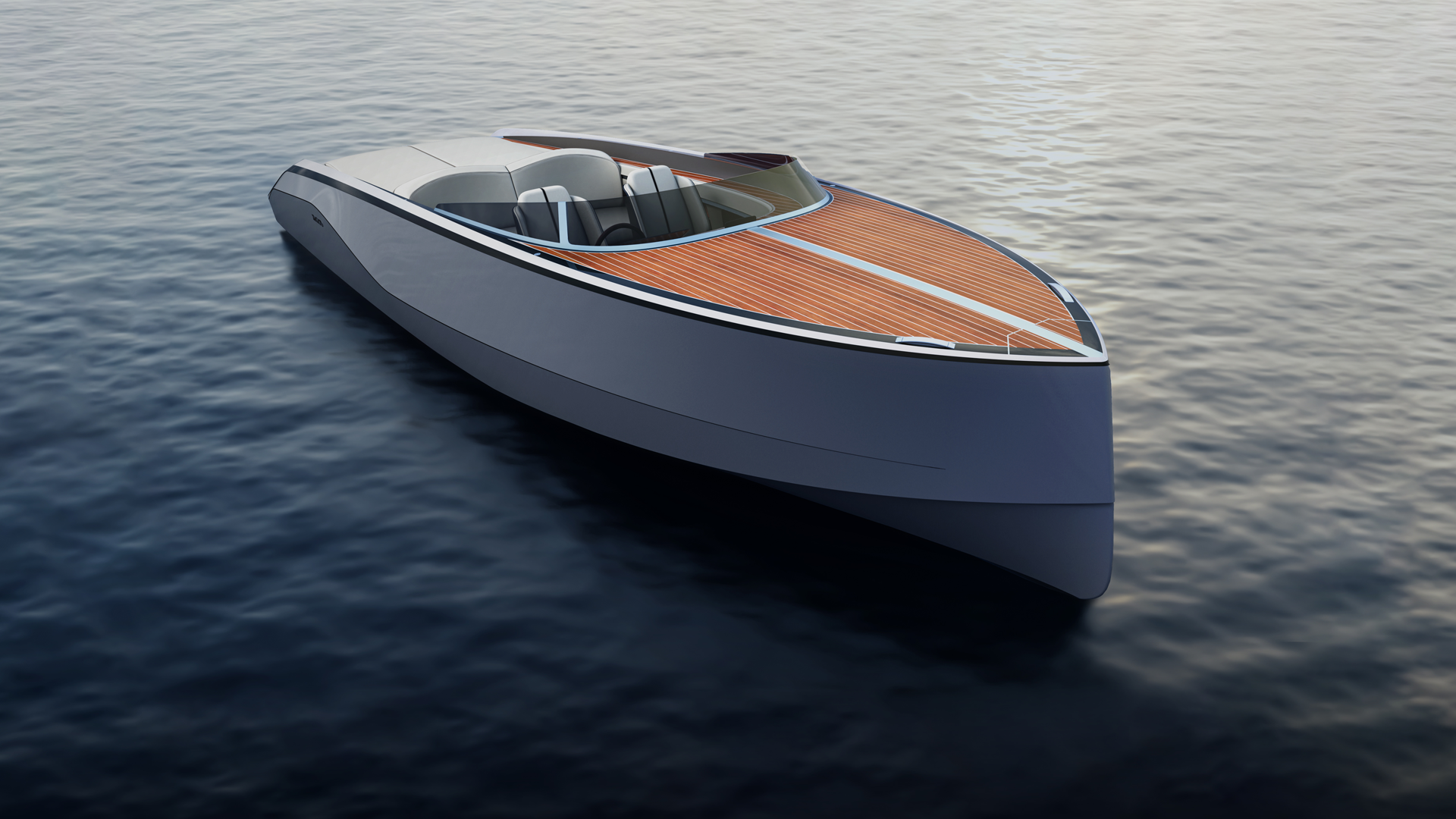 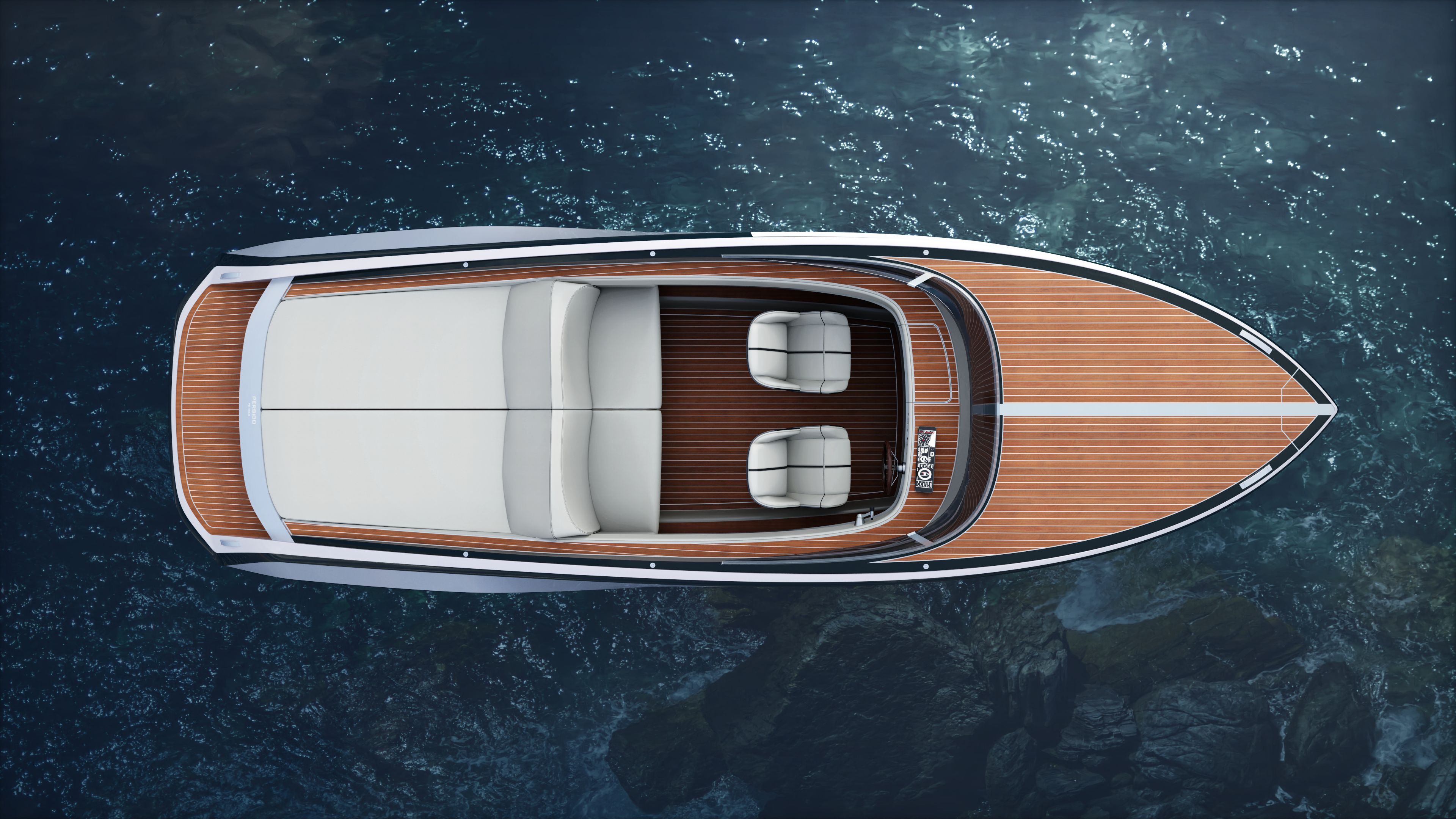 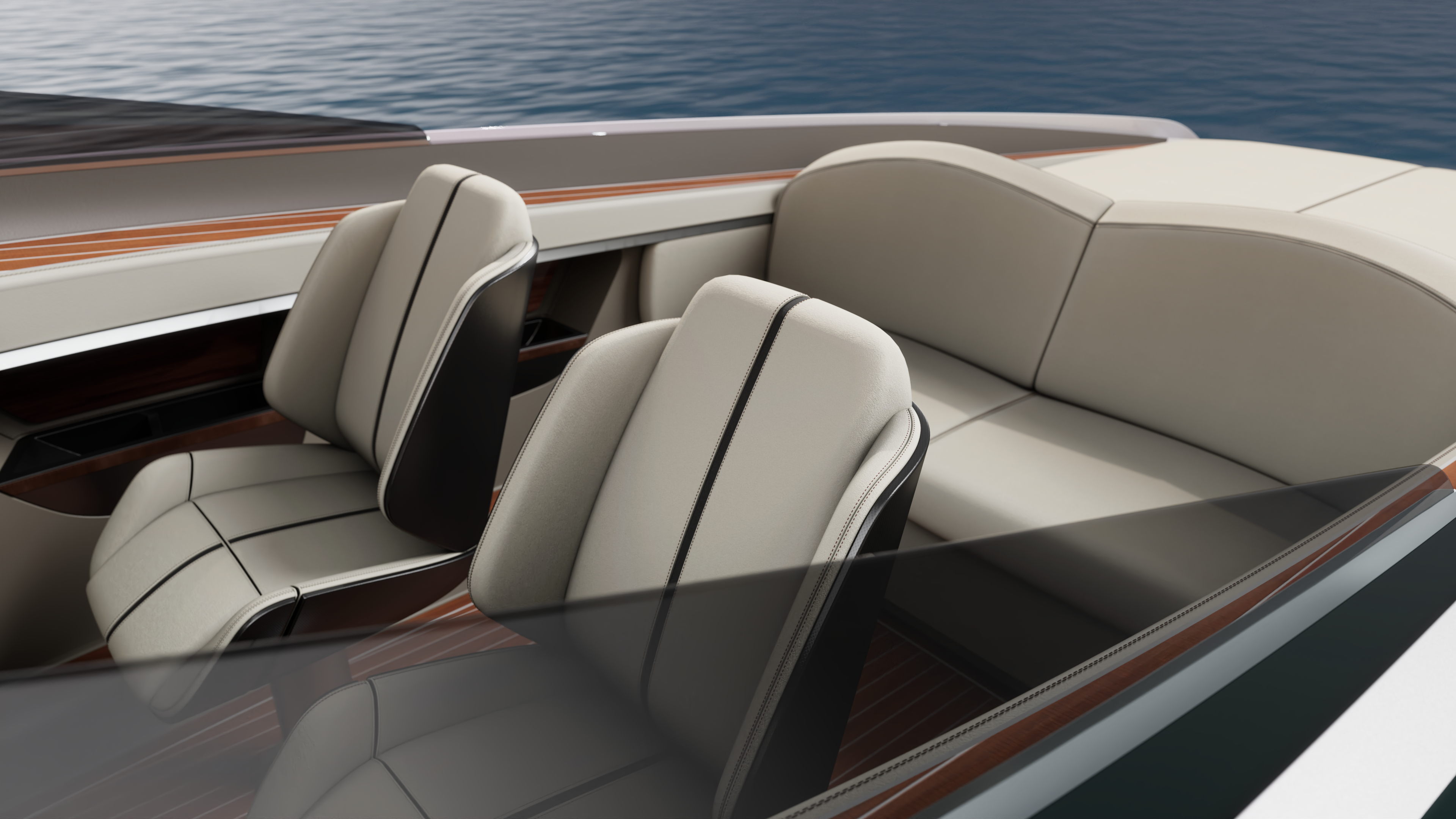 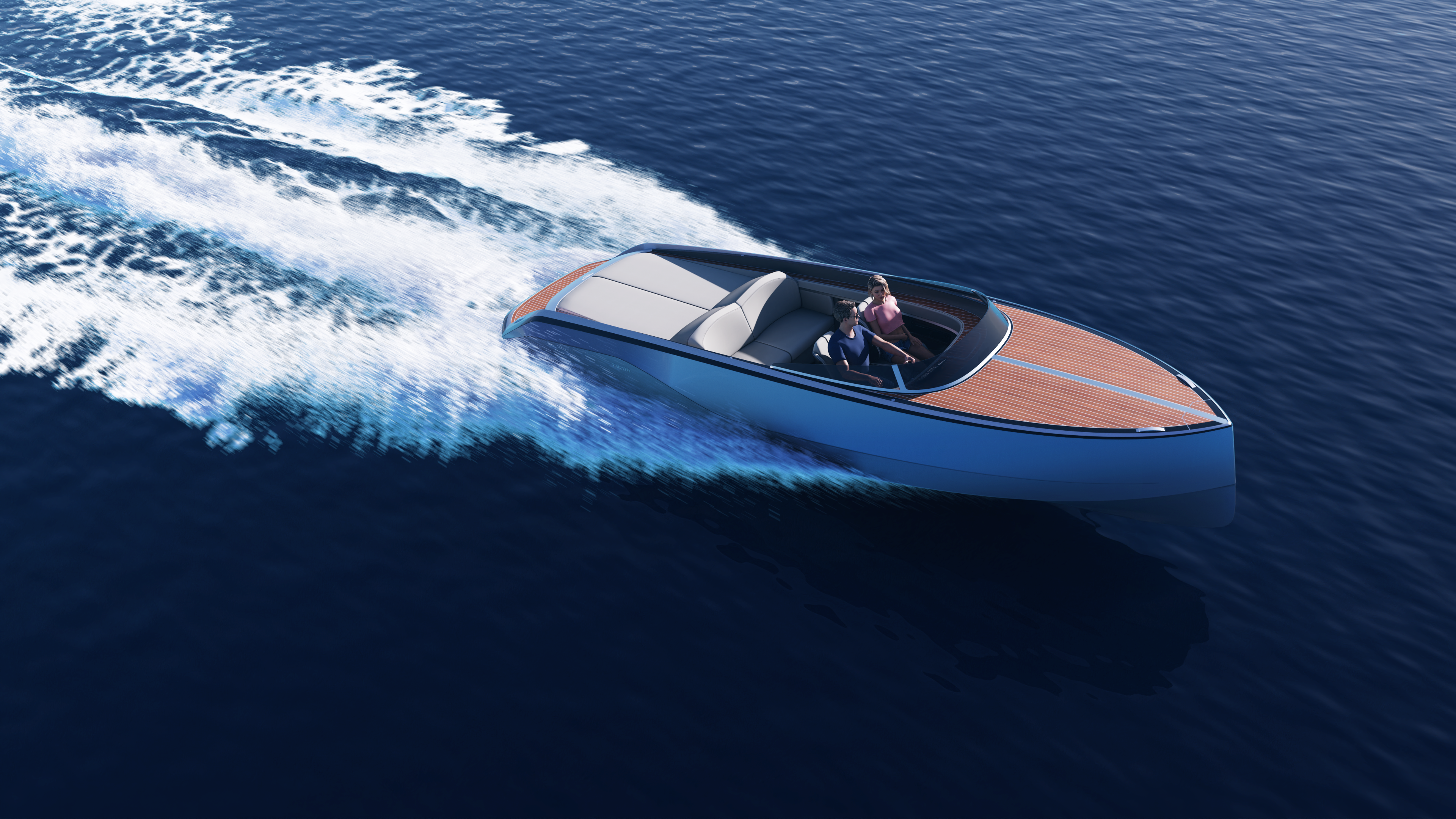 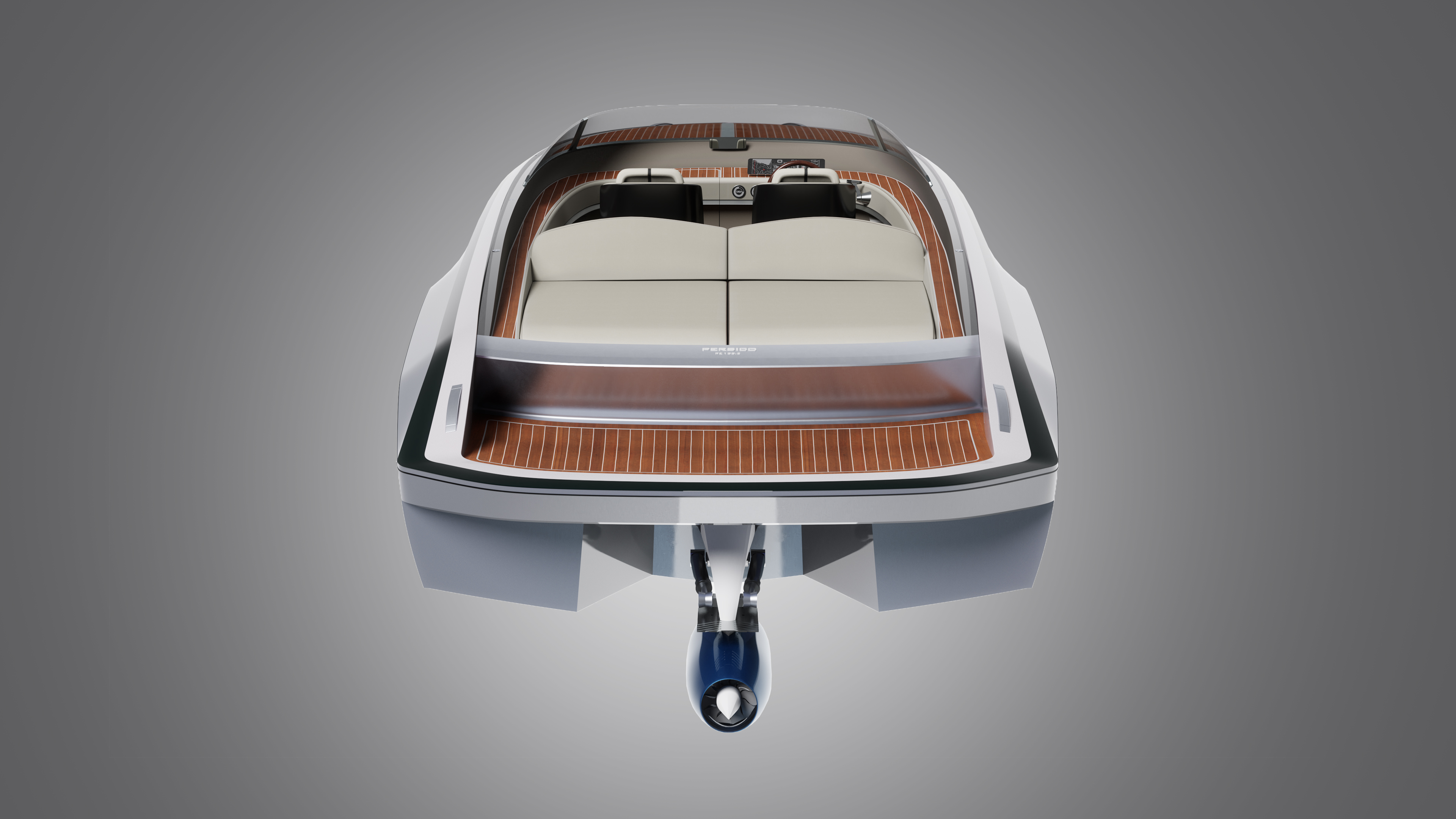 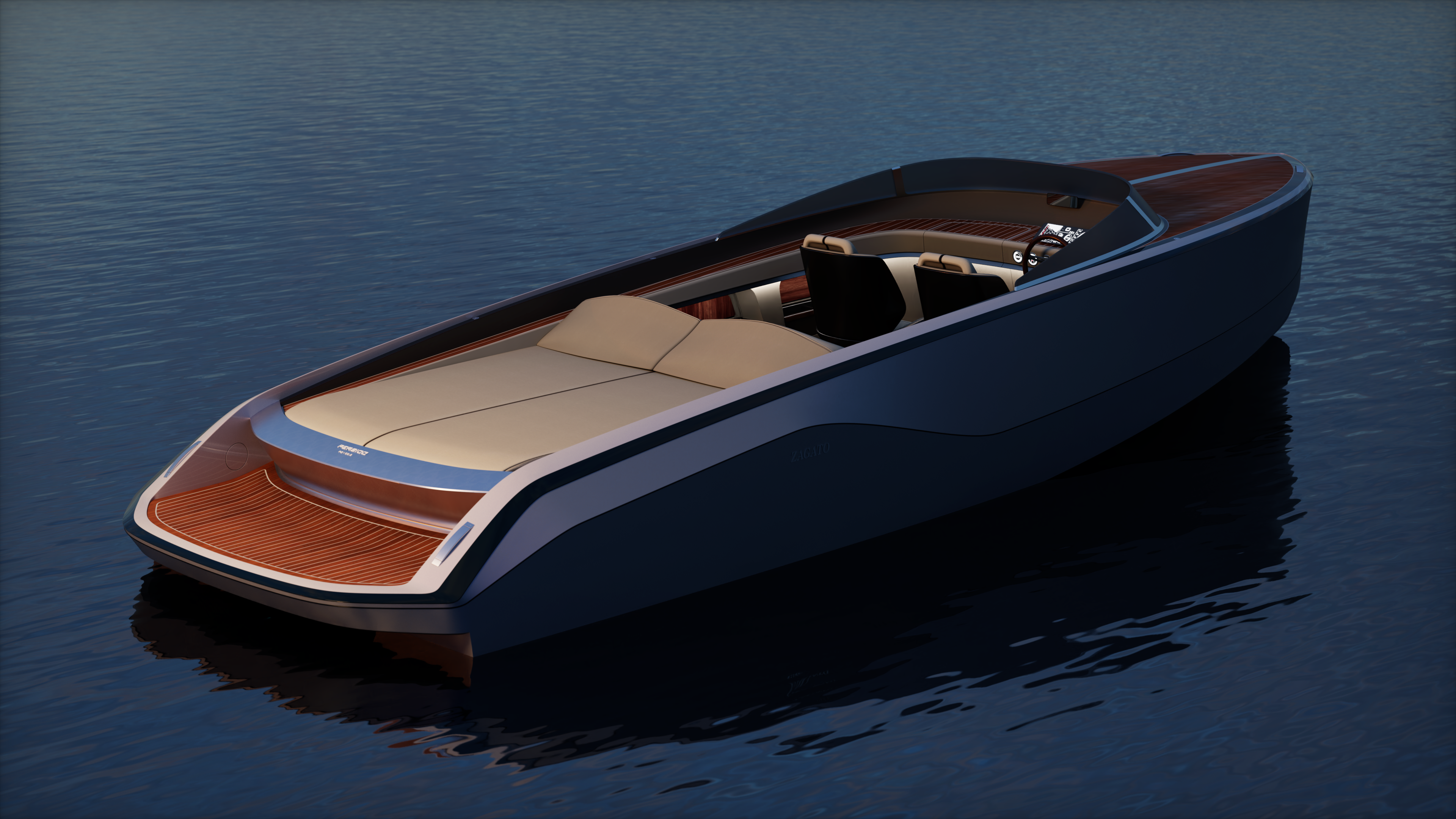 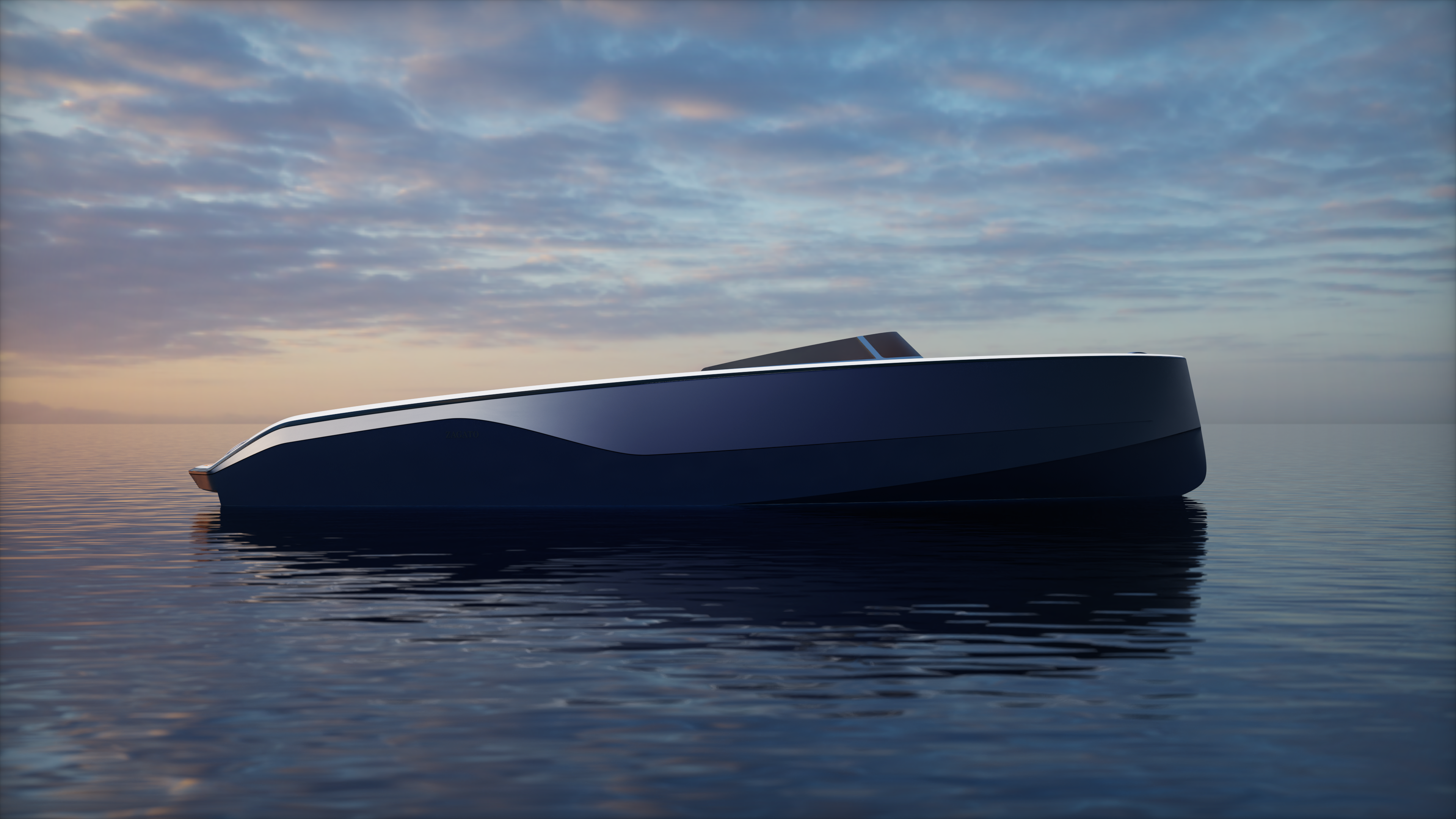 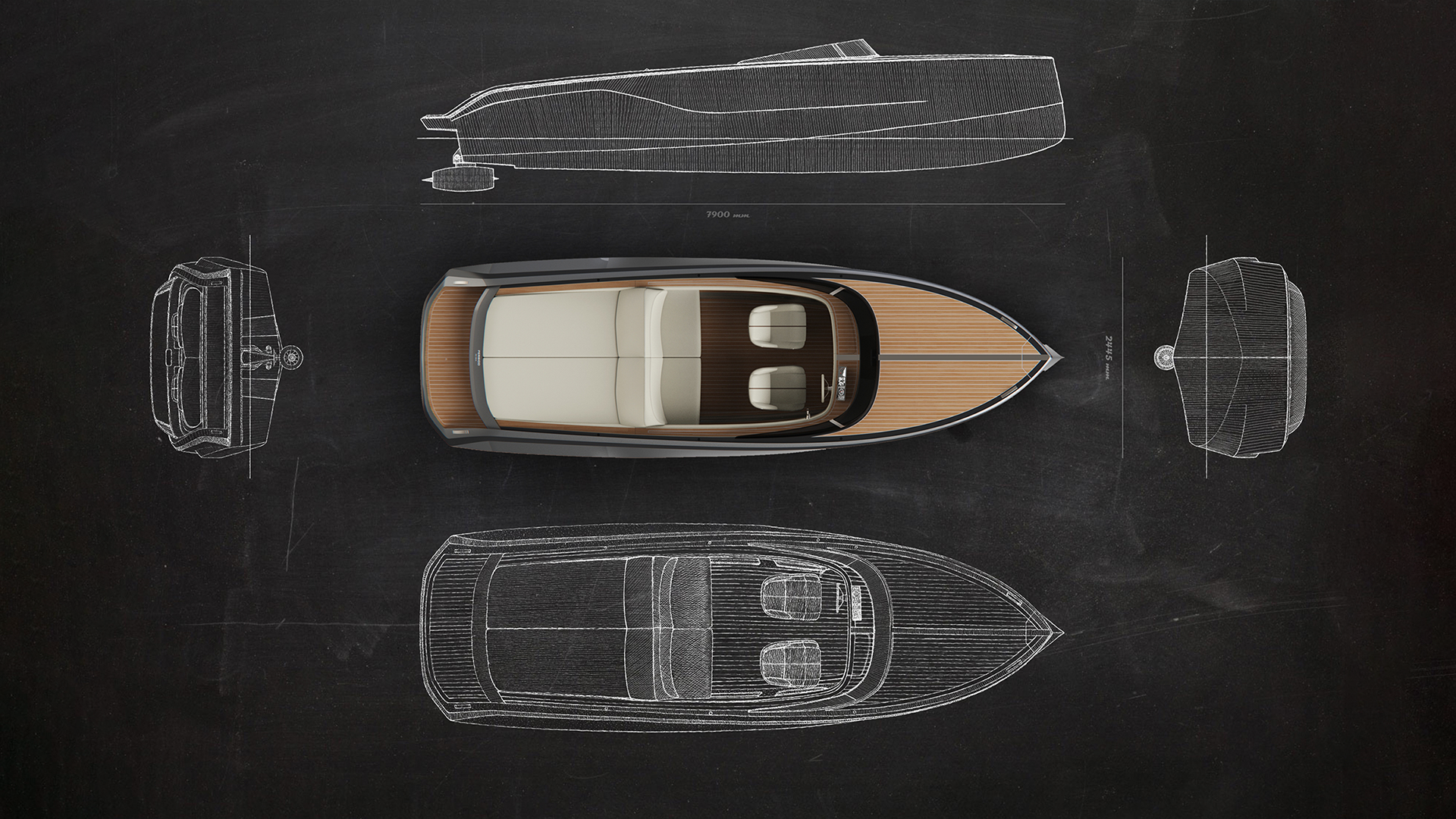